Here’s what my clients say about working with me.

We wholeheartedly endorse Lucidity for those who want to do things differently when it comes to design. Richard is both analytical and creative in his process and takes the time to genuinely understand the business he’s collaborating with. Lucidity does not do “off the shelf”. Richard is a wonder to work with and I cannot express how pleased we are with the level of professionalism and quality results we secure through our partnership with Lucidity – but also the service and intelligence to assist with making the best choices.

Lucidity truly exceeds all expectations and consistently delivers results that are clean, eye-catching and above all a work ethic that captures all the elements we wished to portray. Richard is an absolute pleasure to work with, and we at Wassp.!, look forward to developing our brand and cementing our reputation alongside our collaboration with him.

Lucidity is a great all-round web and graphic design company I would be happy to recommend to anyone. They’ve turned out to be the best choice for the job of designing a logo, brand manual, company presentation deck and website for our marketing communications agency. They showed great understanding of every nuance of our business and aspect of how they needed to feel and ultimately perfectly delivered on the requirements, on time and on budget. Richard is an absolute pleasure to work with, a true professional, and he’s capable of producing results of the highest standard in a very short amount of time. Rest assured, Lucidity is one of the best choices out there for your creative needs.
Marc Cousins

With Richard you can expect nothing but the best, he’s a genius when it comes to design and print with unlimited knowledge of each process. He’s dedicated to quality and detail and will always take that step further to ensure your work is beyond perfect.

Richard has a clear vision which he succinctly communicates and executes with every project undertaken.

I like everything about the Sasi Wallpaper website. Good color choice that reflects the branding. As well as very cool animations! I like the way it changes when scrolling down.

We took on Lucidity for our rebrand, which was a large undertaking and involved the organisation of a lot of functionality and content, whilst keeping the website design clean, fresh and modern.

Right from the start, Richard impressed us with his commitment to the project and insightful research and analysis of our requirements.

His design process demonstrated a high level of professionalism, flair and sophistication while able to communicate effectively and work very closely with us, responding constructively in interpreting and working with our feedback.

The end product exceeded all expectations. Lucidity’s attention to detail, understanding of travel trends allowed us to achieve a result that we are extremely proud of.

Richard is entirely adept in the design environment, and concepts flow out of them swiftly and effortlessly. It’s clear that Richard inhabits an artist’s world. He’s also laidback and very easy to work with! I look forward to working with him on an ongoing basis.

Richard’s artworks caught Curioos’ attention even before he joined us. Poetic and surreal, our team knew his works would be well-received. He worked with us to publish a collection titled “When Dreams Become Reality” in March 2013. Imaginative and engaging, his collection is truly a wonderful addition to our site.

Later that same year, Curioos made a selection of 14 artists out of thousands to feature in our exposition at the SoHo Gallery in New York City in January 2014. Wanting to showcase an artist with exceptional talent, the Curioos team naturally turned to Richard for a contribution. During the week of the expo, hundreds of fans gathered around to take pictures, discuss the works and purchase hand-signed Art Posters which was just as powerful and as his artworks on display – they were a great success!

Richard’s talent, dedication, and enthusiasm for creating along with his reactivity to project deadlines has made Curioos very proud to have worked with him in the past. Without hesitation, we look forward to many new projects with Richard in the future.

The Sasi Wallpaper website is a creative one-pager with a lot of cool animations. I especially like the animation of the cover picture. The menu icons are also great and fall directly into the eye.

Richard is every marketer’s dream partner: he delivers excellent quality work first time round, on time and on brief, taking the smallest details into account. A highly recommended talent.
Ingrid De Jager

You were considered in the category Brand Strategy Services of the Year. Having reviewed information on all of those shortlisted, I am pleased to confirm you have been picked as the 2020 winner, congratulations.

“The judges were impressed with your personal nature, consistency of reviews, overall attentiveness and an exemplary commitment towards expanding the horizons of businesses.”

Richard of Lucidity is incredibly creative! We tasked him with creating a website that was both warm and modern, not an easy combination. Lucidity hit the nail on the head with their designs and made the process simple and seamless. With Richard’s skills and natural creativity, he worked quickly and efficiently, presenting professional options and offering sound advice. He immediately understood what we wanted and translated it into a website that said what we couldn’t manage to say without him! Thank you!
Kerry-Leigh Court

On behalf of Minnesota House Treatment Centre I want to take this opportunity to express my sincere appreciation for Richard’s dedication, enthusiasm, and passion for delivering services that does not just satisfy our needs but instead amazes. Lucidity’s Minnesota House rebranding, website creation and social media management campaign has given us a whole new sophisticated, professional and coherent public image and we are now able to attract a completely different quality of clientele. 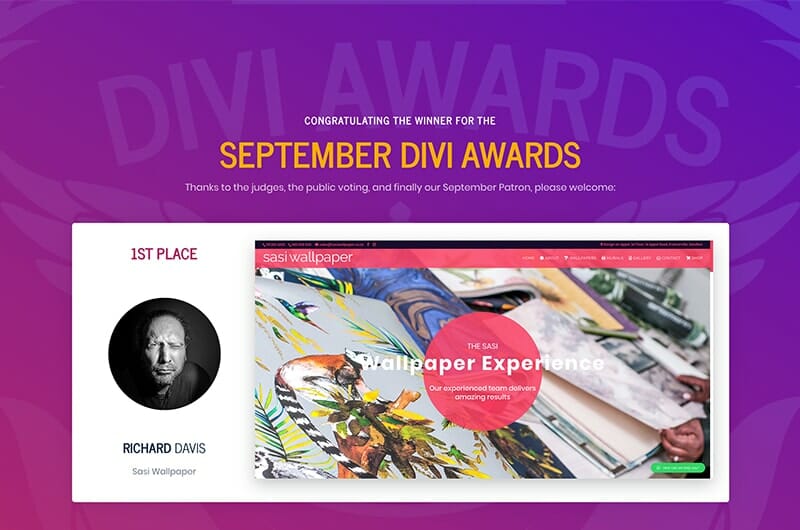 I love the creativity that went into the Sasi Wallpaper website. It has some very interesting use of jQuery and CSS as soon as you start scrolling. I think this effect is an attention grabber right off the bat. It has a simple and clean layout, with nice parallax breaks between content sections. The sticky menu on the left halfway down the page is also a nice touch. The image galleries used throughout the page keep the grid-like feel of a physical wallpaper gallery. It is a nice combination of “wow”, informative, easy to read content and a layout that compliments the nature of the business.

Richard immediately recognised the requirements for the branding of the school and produced a fantastic new logo, website and print material for our school.

He is a pleasure to work with, a true professional and we have been delighted with what Lucidity produced in a very short space of time.

Lucidity is an excellent choice for all creative requirements.

Thank you, thank you, thank you for the excellent service and tireless help on my website. I’m truly grateful for your assistance and world-class service! Try Lucidity’s services… they go out of their way to make it happen!

Richard is a pleasure to work with. He is courteous, patient with questions, reliable, great communicator and willing to go the extra mile to ensure quality work and service. Lucidity delivered a logo and brand that clearly identifies and portrays our company.

Richard went out of his way to kindly advise me on how best to integrate our logo in the metal casting process – Anyone who takes that extra care to help you succeed is someone worth sticking with! Richard truly cares about his clients, and even though these first projects are finished, I still feel supported by him in continuing to build and brand our business!

Start a project, schedule a talk, or just say hello...

Start a project, schedule a talk, or just say hello...

Find your voice, understand your customers, and define your goals.

Expressing a company’s personality and values that resonate with customers and nurtures lasting relationships.

Intuitive, user-centric interfaces that engage and communicate clearly on all devices.

Creation of information for a defined audience.